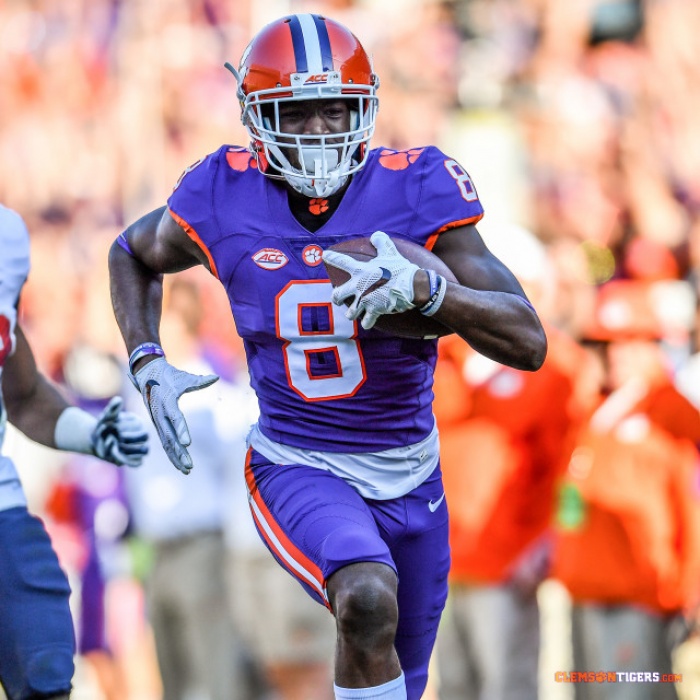 Clemson, S.C.—Clemson held a two-and-a-half hour practice that included a situational scrimmage on Wednesday morning in Memorial Stadium. The Tigers are working toward the season opening game with Kent State on September 2 at Noon.

A situational scrimmage consists of plays with specific down and distance and field position and are not run within a series. For instance, the first five plays of the scrimmage were all first-and-10 plays from the 30-yard-line. Later there was a series of second-and-seven plays from the 35.

Overall, the team ran over 100 plays in the 90-degree heat of Memorial Stadium. At the end of the session, the Tigers practiced running out the clock, and other end of game situations.

“The offense was much better compared to yesterday, but there were too many illegal procedure penalties,” said Head Coach Dabo Swinney. “The receivers caught the ball much better and made some plays down the field. The mental toughness was much better.

“Our goal today was to expose our players in certain situations, determine weakness and get better as a team. This will give us plenty of good tape and plenty of things to work on. “

Swinney said quarterback Kelly Bryant made some big plays and was still the No. 1 quarterback. “As long as Kelly Bryant does not go backwards he will be the starter in the opener. But every practice and every play will be evaluated between now and September 2. Then he has to perform on game day. He must continue his consistency. “

Bryant completed a 77-yard touchdown pass to Deon Cain under heavy duress on his top play of the day and had a 41-yard pass to receiver T.J. Chase later in the scrimmage. At one point Bryant completed 9 of 10 passes. Chase was the top receiver with five catches for 80 yards. Travis Etienne was the leading rusher, and his day included a 60-yard scoring run.

Mitch Hyatt returned to his starting left tackle position and that certainly contributed to the efficiency of the offense. Adam Choice and Marcus Edmond both missed the scrimmage due to injury.