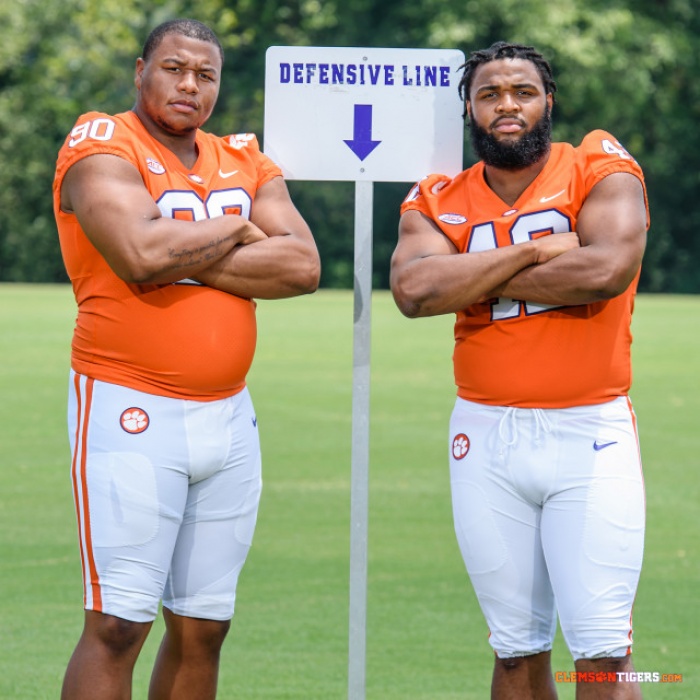 Clemson SC—Clemson has three of the top 10 players in the nation for the 2018 college football season according to Sports Illustrated.

The publication announced its top 100 players this week, culminating with the release of the top 10 on Thursday morning.

Nine Clemson players are ranked in the top 100 by Sports Illustrated, more than any other school. Alabama is second with seven, Michigan and Washington have six, Wisconsin and Georgia have five, while Ohio State, Oregon and Mississippi have four apiece.

Austin Bryant and Mitch Hyatt, two more returning first-team All-Americans, are also in the top 40. Bryant is ranked 32nd, meaning all four Clemson starting defensive linemen are ranked in the top 32 in the nation by Si.com. Mitch Hyatt, in his fourth year as a starting offensive tackle, is ranked 37th.

Sophomore Tee Higgins and Travis Etienne are two more offensive players in the SI.com top 100. Higgins, a wide receiver, is ranked 69th and Etienne, a running back, is 94th.

Earlier this summer NFL.com released a list of top 150 college football players. Wilkins, Ferrell and Lawrence were all in the top 16 of that rankings. That list included quarterback Kelly Bryant as the 53rd best player in the nation and wide receiver Hunter Renfrow as player No. 140.

Clemson tied with Alabama for the most top 100 selections according to NFL.com with eight. Michigan had six, Ohio State 5, Georgia 4, while Wisconsin, Miami (FL), Florida State, Washington and Penn State all had three.

More in this category: « Clemson Breaks Out In 4th Quarter to Beat FSU 31-14 Block C Club Spotlight - Bennie Cunningham »
back to top
How to resolve AdBlock issue?
X