Should Trevor Lawrence Be The Starting Quarterback 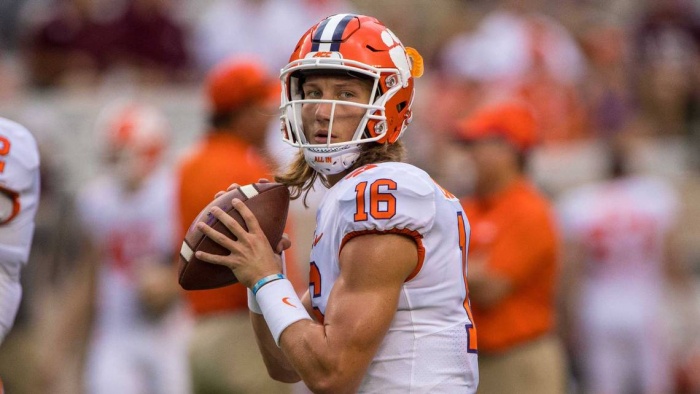 Clemson coach Dabo Swinney said he would make a change at quarterback when one of his QB's clearly separated himself on the field. That's exactly what happened when Trevor Lawrence picked apart Georgia Tech on Saturday, and the school announced Monday that the freshman would be Tigers' starter going into this week.

This really sucks for Kelly Bryant , but ineffective performance in Saturday’s win at Georgia Tech and a four-touchdown performance by Lawrence necessitates a change in the depth chart.

Bryant completed 6 of 10 passes for 56 yards and a touchdown and rushed four times for five yards on Saturday. Lawrence entered the game early in the second quarter and guided Clemson to five touchdowns in six possessions.

The 6-foot-6 rookie from Cartersville, Georgia, completed 13 of 18 passes for 176 yards and four touchdowns. The bottom line is  - at this level you want every one on the team to know, either perform or next man up. I hope that Kelly Bryant can rebound from this and be ready when he gets a chance to step back on the field.

Who should be the starter? I'm asking you the fan. Should Kelly Bryant get another shot or should Trevor Lawrence be the guy the rest of the way?

More in this category: « Clemson Breaks Out In 4th Quarter to Beat FSU 31-14 Trevor Lawrence Concussion Like Symptoms »
back to top
How to resolve AdBlock issue?
X