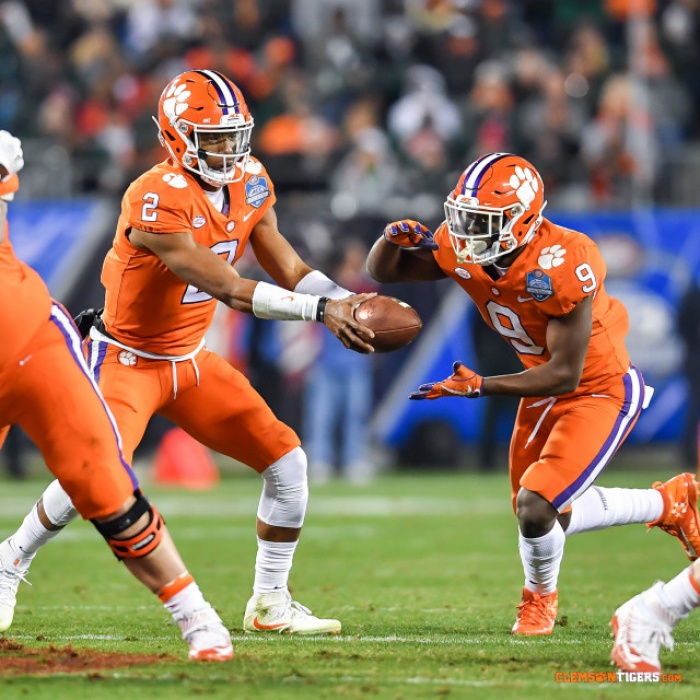 Note: The following appears in the March issue of Orange: The Experience. For full access to all of the publication's content, join IPTAY today by calling 864-656-2115.

Clemson began spring practice on Feb. 28, and unlike the previous year’s spring sessions, there were a lot of returning starters joining Dabo Swinney and his staff on the practice fields that day.

The Tigers had just 11 returning starters for the 2017 season, including just four on offense. Clemson had lost players who accounted for 77 percent of the total offense from the 2016 national championship team. That included two-time Heisman Trophy finalist Deshaun Watson, who verified his unique abilities in half of an NFL season in 2017.

This year, Clemson returns 17 starters from last year’s 12-2 team that reached the College Football Playoff for the third straight year. The Tigers finished No. 4 in the polls, a third-straight top-four finish.

The 17 returning starters are the most for the program since 1995. Only the 1977, 1981 and 1988 teams returned more with 18. If you are a Clemson football historian, you know those three seasons turned out to be significant in the school’s history that dates to 1896.

A look to Athlon and its top-50 returning FBS players for 2018 tells us that Clemson has some highly-regarded players back. The publication has five Tigers among the top 18 in the nation. No other school has more than one.

While my research is not complete, it is my belief that this Clemson defensive line is the first in college football history to have three returning first-team All-Americans. I am not talking about an All-America team created by an obscure website.

Mitch Hyatt was rated as the No. 11 player in the nation by Athlon and was the top offensive lineman in the ranking. He was also a first-team All-American by ESPN and Sporting News.

The 2018 Tiger team is the first in school history with four returning first-team All-Americans (regardless of position) as selected by the top-five selectors that make up the consensus All-American team.

While Clemson has a strong contingent of experienced linemen, the running backs and wide receivers might not have the gaudy statistics because there is more balance in numbers. This will be the first team in Tiger history with three returning players with at least 650 rushing yards.

That includes returning Second-Team All-ACC running back Travis Etienne (766), junior Tavien Feaster (669) and quarterback Kelly Bryant (665). The three combined for 31 rushing touchdowns. Etienne (7.2) and Feaster (6.3) both had 107 carries, and their yards-per-carry figures were both in the top 10 in Clemson history. In fact, this 2018 backfield is the first to have two returning players who averaged at least 6.0 yards per carry the previous season.

Bryant completed 65.8 percent of his passes for 2,802 yards and finished with 3,467 yards of total offense. He set the Clemson record for top-25 wins by a starting quarterback (6) and joined Tajh Boyd as the only quarterbacks to guide Clemson to an ACC title without having started a game in a previous season.